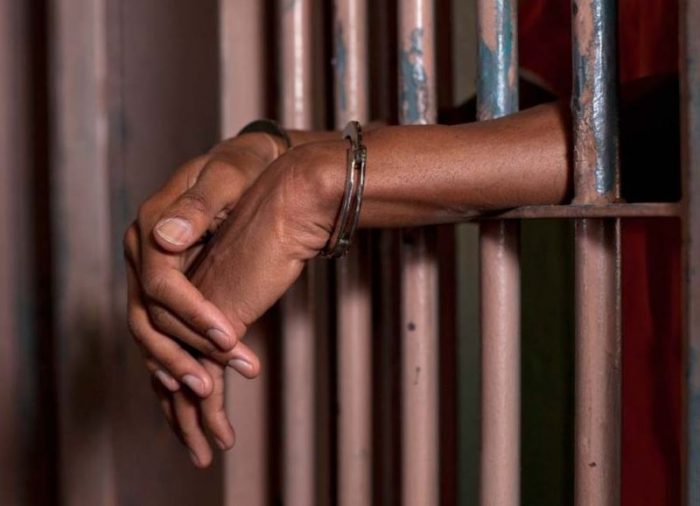 27-year-old woman stabs fiance to death during a fight over refusal to wear an engagement ring he had given to her.

A 27-year-old woman, Blessing, was on Wednesday sentenced to 10 years in prison for stabbing Ebong, her 33-year-old fiance, to death during a fight over her refusal to wear an engagement ring he had given to her.

The News Agency of Nigeria reports that Blessing was originally charged with one count of murder. The sentence was, however, commuted to voluntary manslaughter by the trial judge, Justice Oluwatoyin Taiwo.

“By stabbing the deceased in the lower part of his abdomen, she did not intend to cause grievous harm to the defendant. The defendant has established factors necessary to prove self-defence.

“I find that the defendant acted in self-defence as she was a victim of an unprovoked assault. The defendant is not guilty of murder, but I find her guilty of the involuntary manslaughter of Ebong.

“Section 227 of the Criminal Law of Lagos State prescribes life imprisonment for the offence of involuntary manslaughter. This is a clear case of recklessness on the part of both the deceased and the defendant.

“I hereby sentence the defendant to ten-years imprisonment with no option of fine. The sentence will take effect from the month of August 2015 which was when she has been in custody,” Justice Taiwo said.

The prosecution, led by Mr F. Oyedale had alleged that Blessing committed the offence at 12: 15 a.m. on August 18, 2015, at her residence in Lekki, Lagos.

NAN reports that Blessing’s trial commenced at the high court on July 5, 2017 with five witnesses including a sister to the deceased, a medical doctor and the Investigating Police Officer testifying for the prosecution.

Edet testified solely in her defence on February 7.

According to Blessing, the deceased came to her apartment at midnight and woke her up to request that she cook a meal for him, but she had refused because she was tired.

“Upon hearing that I was tired, he went into the kitchen and saw the engagement ring he had given me beside the stove. He became angry and asked why I was not wearing the ring.

“He broke a mirror and used part of it to stab me, I was bleeding and I was crying out to the neighbours for help,” she said.

According to her, during the scuffle she stabbed Ebong in his abdomen with a kitchen knife.

Earlier, before the sentence was passed, the Defence Counsel, C in her allocutus (plea for mercy) had asked that the court temper justice with mercy.