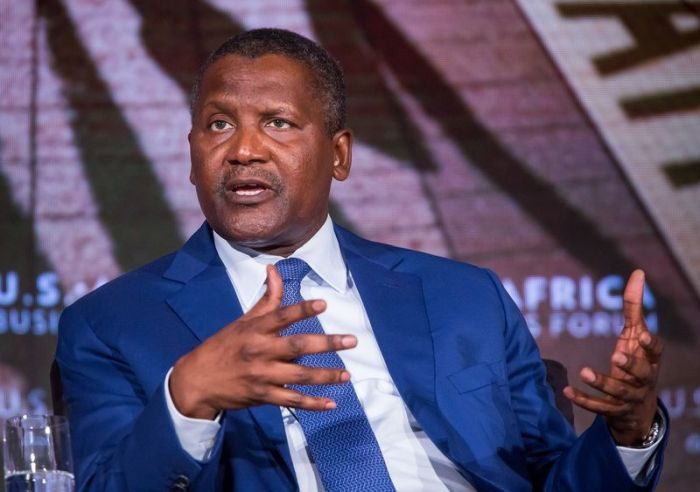 Aliko Dangote, one of Africa’s richest business moguls has named Ghana among a list of countries on the continent where investments yield the right returns.

According to him, Ghana has the right investment climate.

Dangote was speaking in an interview on Bloomberg TV.

He identified Ghana together with three other countries including his home country Nigeria — where he is establishing a multi-billion-dollar petroleum refinery.

Dangote told Bloomberg TV’s David Rubenstein that “Ghana is a very good place to invest,” touting the credentials of Accra as one of the top investment destinations in the sub-region.

With a net worth of about $15 billion, he is ranked the 95th wealthiest man in the world, according to the Bloomberg Billionaires Index.

The 62-year-old Nigerian businessman became $4.3 billion richer in 2019 as his fortune continued to grow on the back of investments in cement, flour and sugar.

In Ghana, his top investment includes the Dangote Cement factory line which has operated in Ghana since 2011, importing and bagging bulk cement at its terminal in Tema and selling into the domestic market.

The post “Ghana As The Best Place In Africa To Invest” – Aliko Dangote Says As He Makes Shocking Revelations About His Claim appeared first on Naijaloaded | Nigeria’s Most Visited Music & Entertainment Website.