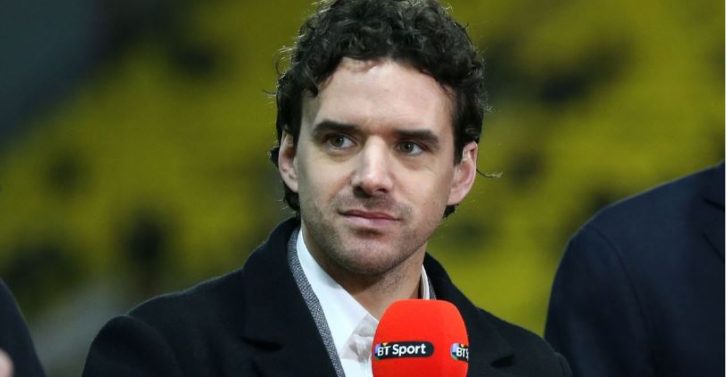 Former Bayern Munich midfielder, Owen Hargreaves, has said that the current group of Manchester United players are not good enough to finish higher than fifth in the Premier League.

Hargreaves, a former Man United midfielder hit out at the club’s recruitment and how certain players were never replaced after leaving over the past year.

Ole Gunnar Solskjaer’s side lost three of their last four matches, including a 2-0 defeat at home to Burnley.

United were expected to make one or two additions in the January transfer window to help them fight for a Champions League spot this season, but time is running out and one player has been brought in.

“If you think, [Ander] Herrere left, [Marouane] Fellaini left, in midfield, they are really light.

“Then [Romelu] Lukaku leaves, [Alexis] Sanchez leaves, they don’t have any help up top.

“[Marcus] Rashford then gets injured, [Paul] Pogba hasn’t played. [Scott] McTominay, one of their best players this season, hasn’t played.

“The recruitment wasn’t there to back Ole up and then injuries to key players.

“To be fifth with this squad, I think right now is as good as it can possibly get.

“There are only four points separating fifth and 14th. I don’t think it’s going to more up, it’s more likely to go down and that’s the big worry.”

The post DO YOU AGREE? Owen Reveals Why Man United Will NOT Finish In Top 4 appeared first on Naijaloaded | Nigeria’s Most Visited Music & Entertainment Website.

STAR BOY! Why He Doesn’t Talk Too Much On Social Media – Wizkid Reveals

DOES HE DESERVE TO BE A KING?? Check Out Top Five Controversial Moments Of Oluwo Of Iwoland (No 5 Is Too Bad)