Mohammed Alhaji-Musa and Hauwa Yahaya-Bagudu, the two serving corps members who began a romantic relationship in camp have finally tied the nuptial knots.

The couple got married on Friday February 7, at the Nigeria Air Force Base Central Mosque in Kano. A major highlight of the event was the couple exchanging their marital vows in NYSC uniform.

Kano State’s NYSC coordinator, Malam Baba Ladan led other NYSC Staff and Corps Members to the wedding reception. He commended the new couple for maintaining their relationship which blossomed into marriage and fulfilling one of the objectives of the NYSC Scheme which is to achieve national unity and integration.

Recall Naijaloaded had reported earlier that the bride is from Niger State while the groom is an indigene of Nasarawa State.

Here are more photos from their wedding ceremony below:- 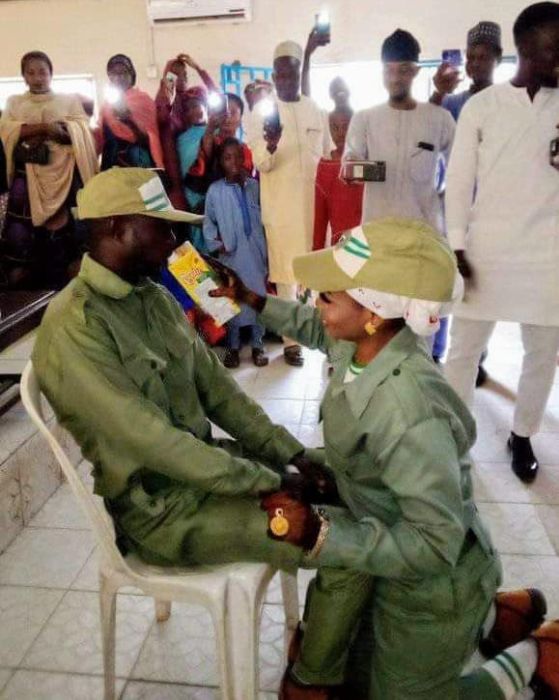 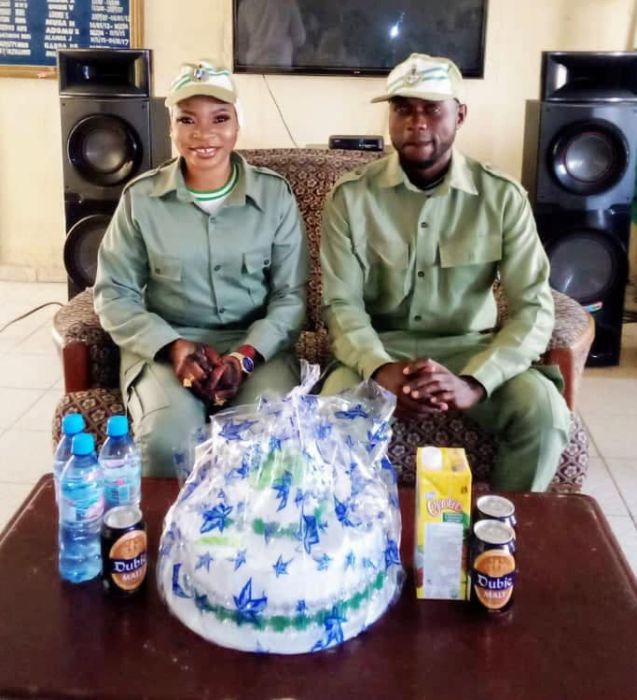 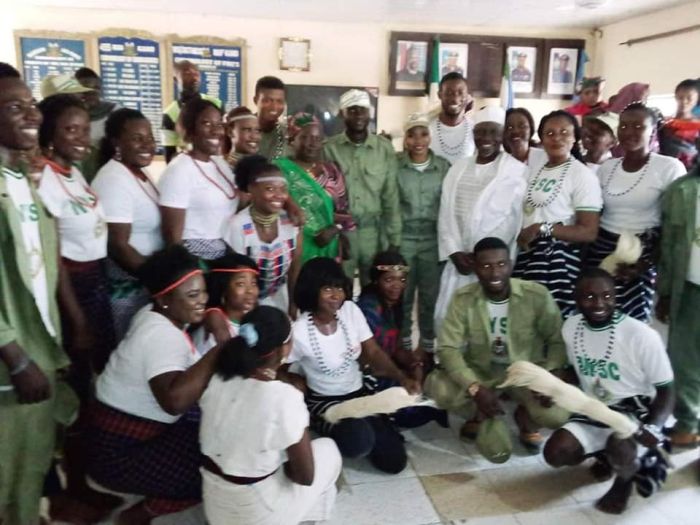 QUESTION OF THE DAY!! If You Are The Wife, Who Would You Donate Your Kidney For Between Your Husband Or Child?

MAD O! Nigerian Guy Sleeps With His Friend’s Girlfriend Then Shares The Photos

Lady Advises Other Ladies On Talking During Sex, See What She Said

Help! My Husband Is A Night Crawler, What Should I Do?

ITS OVER! Tottenham Manager Jose Mourinho Rules Son Out For The Rest Of The Season

How ABU Zaria Students Failed In The Dept. Of Computer Science

NOT FOR YOU! Van Dijk Told He Would Never Win Ballon d’Or Award

We Are Doubling Our Efforts For Leah’s Return – Buhari

CAN THIS HAPPEN? All Government Transactions To Be Open Soon –Buhari

KING BATTLE: “I Am Fighting Corruption In A Traditional Way” – Oluwo Of Iwo Says

A Lady That Can Cook vs One That Can Satisfy You In Bed – Which Would You Choose? (Watch Video)

LASTMA Have Been Sent To Make An Attempt On My Life.”- Pastor Cries Out Over Impounded Vehicle

Coronavirus: We Would Evacuate Stranded Nigerians In China If The Need Arises – FG

INTELLIGENT PEOPLE:- What’s The Best Caption You Can Give This Picture (Best Comment Wins)

Are These The 3 Clubs That Could Stop Liverpool From Defending The Champions League?

Buhari And His Family Are Objects Of Orchestrated Falsehood – Presidency Reveals

LET’S TALK! Are These The Reasons Some Nigerians Don’t Watch Nollywood Movies?

Sexual Harassment: You Will Pay Dearly If You Discredit Us, ASUU Warns Nigerians

Why There Is Frequent Fire Outbreaks In Lagos – Lasema Reveals

Monguno vs Abba Kyari: You Must Sack One Out Of These Two People To Proof You’re The President – Reno Omokri Tell Buhari