This action was taken to replace the operational vehicles burnt few weeks ago at Akinyele Trailer Park, Akinyele Local Government Area in Ibadan.

In addition, Governor Seyi Makinde has also approved the immediate payment of responsibility allowance to OYRTMA officers and men who, on a daily basis work longer work hours and overtime

He said the new vehicles were bought in fulfilment of Governor Seyi Makinde’s pledge to fortify the Authority with new operational vehicles to further enhance its daily operations and cover the 33 local government areas of the State.

“While we greatly appreciate His Excellency for this great gesture towards the enhancement and smooth running of our operations, we are poised to do even more for the service of a State we so much love”, 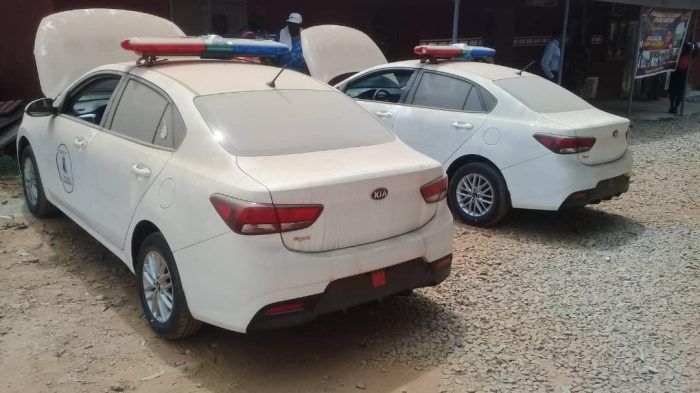 “Our offOyoicers’ morales are high and I can assure you of more productivity from them. We thank the Executive Governor of Oyo State, Engr. Seyi Makinde”,

Fagbemi also thanked Governor Makinde for approving responsibility and overtime allowance to the staff of the agency.

SEE THIS! Keyamo Sends Message To DSTV, MTN & Others

OH NO!! We Are Going To Experience Blackout Soon In This Lockdown (See Why)

FOOTBALL LOVERS! Which Player Comes To Your Mind First When You See This Jersey Number?

LET’s SETTLE THIS!! Sarz vs Shizzi, Who Is A Better Producer And A Badass Hitmaker?

THE TRUTH! Chelsea Star Willian Reveals Why Liverpool Are So Successful At The Moment

‘Neymar Is Not Irreplaceable In Brazil’- Manager Tite Speaks Out

CORONAVIRUS!! Is Davido Deceiving Nigerians? – How Can He Be Negative? 🤔🤔

HEARTBREAKING!!! Regina Daniels’ Mother Breaks Down In Tears As She Laments Over Coronavirus (Watch Video)

THIS HAS TO STOP!!! Ebonyi State Police Confirm Abduction Of Two Chinese Nationals

‘Sadio Mane Is Strong, Should Win PFA Player Of The Year Award’- Redknapp

A MUST READ!!! Davido The “Hidden Cure” That Can Save The Whole World From Coronavirus

Buy and Sell Gift Cards In Nigeria On PRESTMIT

Coronavirus: 5 Things That Will Happen Due To Lockdown In Nigeria (No. 5 Is Very Bad)

See What Amokachi Told Ighalo Over His Man United & The New China Deal >> What Do You Think?

DONATIONS!! See How Much Nigerian Billionaires Donated To Fight Against Covid-19 In The Country (Even 2Face Donated)