Africa’s Sahara may have been ‘the most dangerous place in the history of planet Earth’, a palaeontological study has concluded.

A team of international researchers found that what is today the famous desert region was home to ‘ferocious predators’ around 100 million years ago.

At this time, the Sahara was a vast river system that played host to flying reptiles and crocodile-like hunters.

The team reviewed fossils from a set of Cretaceous-age rocks in south-eastern Morocco referred to by experts as the ‘Kem Kem Group’.

They found that three of the largest predatory dinosaurs of the time lived in the Sahara at that time.

These included the sabre-toothed Carcharodontosaurus, which was more than 26 feet (8 metres) long with enormous jaws and long, serrated teeth each of which is up to 7.8 inches (20 centimetres) in length. 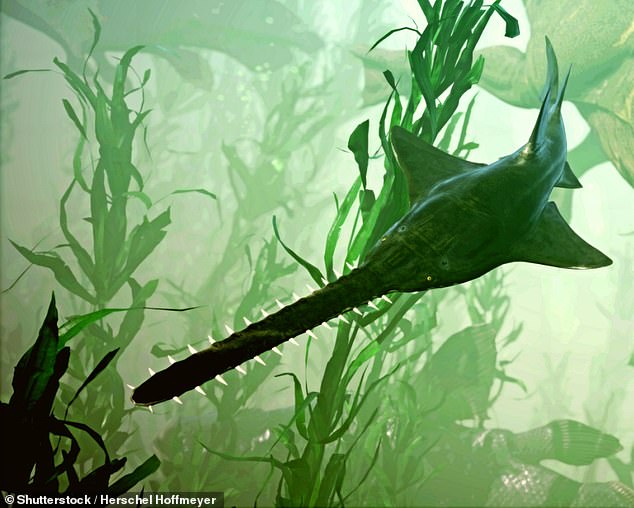 Also living in the region was the 26 feet-long Deltadromeus, a member of the raptor family with long, slender hind limbs — as well as the predatory flying reptiles pterosaurs, and crocodile-like hunters.

‘This was arguably the most dangerous place in the history of planet Earth,’ said paper author and palaeontologist Nizar Ibrahim of the University of Portsmouth.

The Sahara of 100 million years ago, he added, was ‘a place where a human time-traveller would not last very long.’

What did live in abundance in the region, however, was fish on which the predators would have relied for food, paper author David Martill of the University of Portsmouth explained. 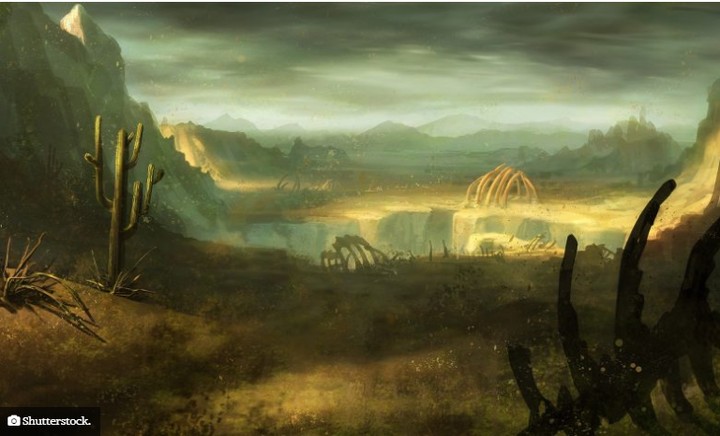 ‘This place was filled with absolutely enormous fish, including giant coelacanths and lungfish,’ Professor Martill added.

‘The coelacanth, for example, is probably four or even five times large than today’s coelacanth.’

‘There is an enormous freshwater saw shark called onchopristis with the most fearsome of rostral teeth — they are like barbed daggers, but beautifully shiny.’

The full findings of the study were published in the journal ZooKeys.

The post Do You Know This Was The ‘Most Dangerous Place On Earth’ 100 Million Years Ago? (Photos) appeared first on Naijaloaded | Nigeria’s Most Visited Music & Entertainment Website.