A new procedure for the removal of heads of public agencies in the country has been issued by the secretary to the government of the federation (SGF) Boss Mustapha.

In the circular issued on Tuesday May 19 after the Minister of Power Sale Mamman, announced the removal of Usman Mohammed as managing director of the Transmission Company of Nigeria (TCN), Ministers were told that they can’t unilaterally remove CEOs of agencies.

Ministers were further directed to refer erring heads of agencies to the governing board for necessary disciplinary action.

The Cable reported that they were also told that President Buhari has approved a new disciplinary procedure for Chief Executive Officers of government parastatals, agencies and departments in accordance with the Public Service Rules (PSR). 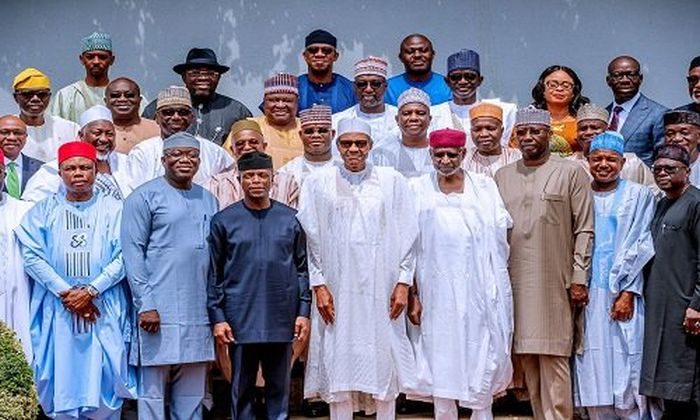 “Accordingly, Mr. President has approved the following streamlined procedure for the discipline of Chief Executive Officers of government parastatals, agencies and departments in accordance with the Public Service Rules (PSR).

“When an act bordering on serious misconduct against a Chief Executive Officer is reported, it shall be the duty of the supervising minister through the permanent secretary to refer the matter to the governing board for necessary action in line with the relevant provisions of the Establishment Act and the principles guiding Chapters 3 and 16 of the Public Service Rules;

“The board shall in line with due process, issue him/her a query requesting an explanation with respect to the specific act(s) complained about; the board shall forward its findings and recommendations to the minister for further consideration and necessary action;

“The minister, after due consideration of the submission from the board, shall on the advice of the permanent secretary, forward the ministry’s position along with the recommendations of the Board and the explanation of the Chief Executive Officer to the Secretary to the Government of the Federation (SGF) for processing to Mr. President, for a decision.

“Upon receipt of the submission from the minister, the Secretary to the Government of the Federation (SGF) shall without delay cause an independent investigation and advise Mr. President on the appropriate course of action.

He added that it is the responsibility of the SGF to advise the president on the next course of action based on the outcome of the final investigation.

“This procedure shall serve as a mandatory guide and all ministers of the Federal Republic of Nigeria, and any other public officer in similar supervisory position, are enjoined to strictly abide by its content.

“For emphasis, on no account shall a Minister of the Federal Republic unilaterally or arbitrarily remove a serving Chief Executive Officer, without recourse to the procedure contained in this Circular.”