The president of the Senate Ahmad Lawan, on Thursday, June 4, led other Senators to visit their colleague, Orji Uzor Kalu, at his residence.

Naijaloaded notes that the senior lawmakers visited Kalu, the chief whip of the Senate, following his release from prison on Wednesday, June 3.

Senator Kalu and the other visiting lawmakers all wore face masks but did not observe social distancing.

The former governor of Abia state was released after months of incarceration at the Kuje Custodial Centre.

Kalu was convicted in December 2019 for alleged looting of N7.65b belonging to Abia state.

His conviction was, however, nullified by the Supreme Court while a retrial was ordered. Naijaloaded previously reported that some protesters had stormed the complex of the National Assembly calling on the Senate president Ahmad Lawan to declare vacant the seat of Senator Kalu. 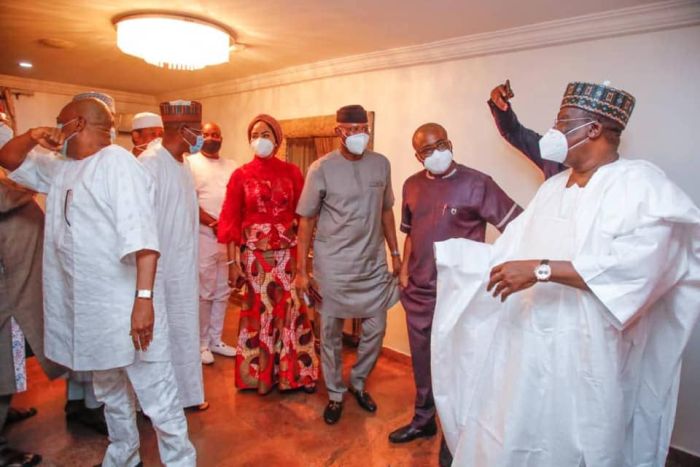 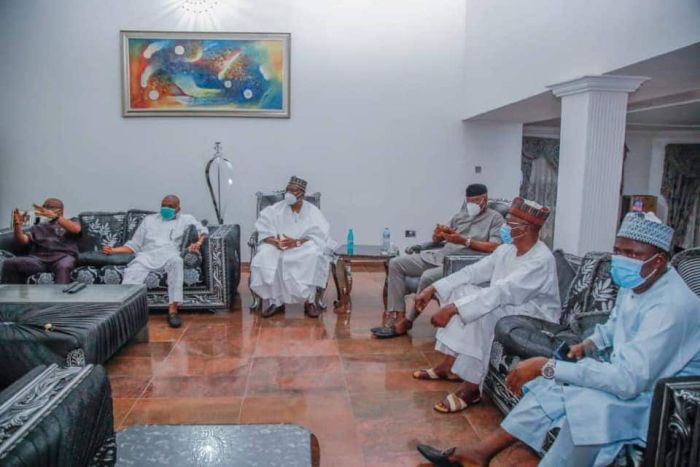 Hushpuppi Faces Up To 20 Years Imprisonment In US